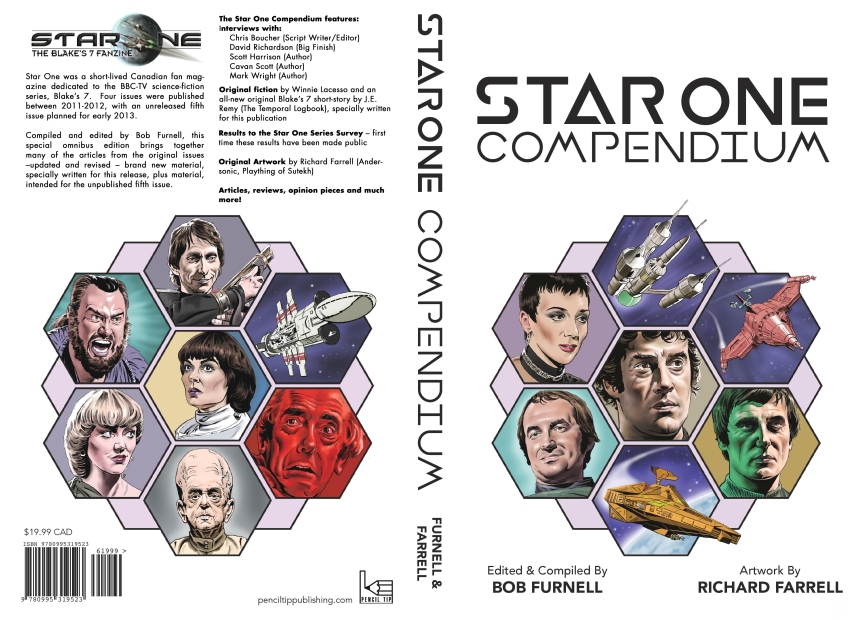 A revised edition of our 2017 publication, Star One Compendium, will be released in early 2021.

Star One was a short-lived Canadian fan magazine dedicated to the BBC-TV science-fiction series, Blake’s 7. Four issues were published between 2011-12, with an unreleased fifth issued planned for early 2013.  Compiled and edited by Bob Furnell, this special omnibus edition brings together many of the articles from the original issues – updated and revised – plus brand new material specially written for this release, plus material intended for the unpublished fifth issue.

Last available in 2019, the revised edition will feature:

The revised Star One Compendium will be available January 2021.

This site uses Akismet to reduce spam. Learn how your comment data is processed.